Have You Totally Surrendered Your Heart and Life to God? – 5 Characteristics of the Unrepentant Sinner from the Story of Pharaoh in Exodus 7-11 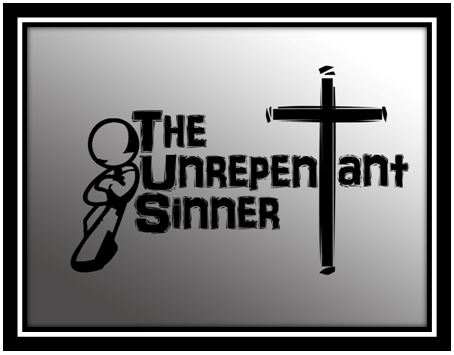 This morning I taught our couples’ Sunday School class what was perhaps one of the most pointed lessons I have ever taught.  Over the past year, my lessons have looked deep into Scripture to determine the marks or characteristics of authentic Christianity.  That is, in the face of consumerism, a culture of convenience, and the challenge to moral and spiritual absolutes, who REALLY is a Christian?  We’ve tried calling ourselves “disciples,” then “Christ followers,” in an attempt to differentiate between those who are truly living the faith and those who are not.

Two weeks ago (I am part of a team, so I don’t teach every week), we examined the life and testimony of John the Baptist in John 1:19-34.  The title for the lesson was “True North.”  True north is a constant and refers to the geographic North Pole.  Magnetic north, however, tends to shift and refers to the pole of the Earth’s magnetic field.  I’ve found that our lives are much like the pointer on a compass.  We are called to point “north” to Jesus, but oftentimes find ourselves being swayed by the world and those around us.

Our nation and our churches are in a cultural tug-of-war as we discern who we are and who we are going to be.  We are wrestling with consumerism and the idea of truth and absolutes – and what we can “accept.”  I’ve had more than one conversation with “good” people who refuse to accept interpretations of Scripture that say certain lifestyles are sin.  We like the idea of salvation and a loving Jesus, but refuse to accept God’s terms for receiving salvation.  We refuse the commitment of living life as a disciple of Jesus Christ.

Pharaoh, during the time of Moses and the plagues, was the perfect example of that type of person.  He is the classic example of the person I call the “unrepentant sinner.”

Rather than focusing on Moses or the plagues in the story found in Exodus chapters 7-11, this lesson focused on Pharaoh’s response to God.  When Moses came to Pharaoh, Pharaoh wanted to dictate the terms by which he would respond to God.  As I mentioned to our class in the True North lesson, as intolerant as it may seem or the world may label it, God “makes the rules.”  We have the choice as to whether we will submit to Him, but He has already outlined the consequences.

The signs, or plagues of judgment, were God’s way of proving Himself so that Pharaoh and the people would believe He was God, and understand that deliverance from bondage only comes from God.  In John’s Gospel, Jesus performed 7 miracle signs so that we would believe He is God, and by believing, have eternal life – deliverance from the bondage of sin.

The greatest sign God sent is the death of Jesus on the Cross.  All who believe and receive His sacrifice and Lordship have eternal life.  But, as with Pharaoh, for those who refuse God, or attempt to adapt the truth to accommodate their lifestyles, the cross brings God’s wrath and judgment.

So here’s the big idea:  By examining Pharaoh’s response to Moses (and God) in Exodus 7-11, we find five (5) characteristics of the unrepentant sinner – the one who refuses God.

Pharaoh is a model of the Unrepentant Sinner:

1)  The Unrepentant Sinner has a heart that is hardened towards God and gets progressively more hardened with each intervention from God.

In the Key Word Study Bible, the author comments:

“Those who have long persisted in the ways of evil reach a point at which they are unable to distinguish right from wrong or good from evil.  They grow hardened and morally incorrigible.”

In Romans 1:18-32, we learn that those who reject God’s truth, who “change the truth of God into a lie,” are given over to a reprobate/depraved mind and the immoral path they are determined to follow.  Therefore, they also experience the wrath of God.

A key element of salvation is free will – our ability to choose or reject God.  We make the choice as to whether or not we will act in response to God’s grace (prevenient grace as John Wesley called it) and be saved.  But if we reject God, we do not have control of the consequences.

2)  The Unrepentant Sinner does not fear God or His Word

Hail came upon land and those that feared the Lord responded to the word by gathering their animals in safety.  Those who did not heed the word suffered the wrath of God.

The Bible has given us a clear path to follow if we want to please God and experience eternal life.  There are those who live without regard to the Word of God, and continue “living in the field” as if they have not been warned.  Revelation 16:21 tells us that a second great plague of hailstones is coming upon those who reject God.

While no one likes teaching “hell fire and brimstone,” the truth is that there will be judgment upon those who reject God’s prescribed way.  Jude 1:22-23 tells us that some can be reached and respond to compassion, “and others save with fear, pulling them out of the fire; hating even the garment spotted by the flesh.”

3)  The Unrepentant Sinner has a false, shallow, and insincere repentance

This person has the “fire escape salvation” mentality.  They don’t really want to live for God, but they also don’t want to spend eternity in Hell.  With their lips they proclaim change, but in reality their hearts and intentions are far from God.

The Bible says that each time the plague was lifted, Pharaoh went back on his word and turned back to his “old ways.”  His repentance was only for the purpose of his own comfort and convenience.

True repentance includes godly sorrow for our sins.  It includes a turning away from the lifestyle of sin towards a life completely devoted to God.

This person withholds total submission to God, compartmentalizes their hearts and lives, and gives only conditional surrender.

Pharaoh only wanted the people to take a short journey into the wilderness rather than the 3 days journey as the Lord specified.  Then, he agreed to allow only the men to leave.  Then he allows women and children, but told them to leave their animals and possessions.

He was “riding the fencepost.”  The unrepentant sinner works to appease the conscience or the perception of others (make others think he/she is saved), but has not truly tasted of the gift of salvation and deliverance.  Pharaoh wanted to specify the conditions rather than submitting to God’s.  He wanted to withhold certain aspects rather than total surrender.

Even as Christians, do we maintain certain areas of our lives that we don’t want God to touch – our finances, certain relationships, habits, sexual impurity, addictions, etc.? 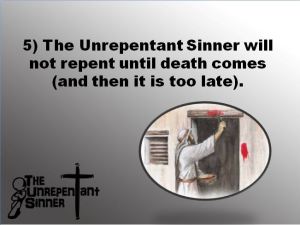 After the Death Angel passed over Egypt and killed all the first born children and animals, Pharaoh finally relented.  The Children of Israel were allowed to leave Egypt, and Pharaoh’s destruction was imminent.

God provides each person with many opportunities to turn from their sin, their own selfish lifestyles, and totally surrender their heart and will to Him.  Unfortunately, many will wait too late.  They will continue to skew the truth, to change the truth of God into a lie, and refuse God’s terms for surrender.  They will find out that their thinking was flawed and faulty, and suffer the wrath of a lovingly just God.

How about you?  Have you totally surrendered your heart and life to Jesus Christ?  Or are there areas of your life that you are not willing to commit to Him?  Are you relying on the fact that you are a “good person” rather than the sacrifice of Jesus on the cross?

If you have not surrendered to Jesus, my encouragement is to seek Him today.  The following resources will help you in your journey, and please be sure to contact us if this message has impacted you.

Are You a Good Person?  Watch the video to find out more.

How could a loving God send anyone to Hell?

From MC Williams of The Centurion Law Enforcement Ministry:

I’ll once again close with this life’s most important question: Have you said “yes” to a life-saving/life-changing personal RELATIONSHIP (not “religion”) with God in Christ? Have you been born again?  Cop or no, you will NEVER be “good enough” to make it to heaven (or get out of hell) on your own (again, take the “Good Person Test” if you don’t believe me).  Accordingly, click on God’s plan of salvation with the understanding that Christ is the ONLY way we can be saved and that we will NOT be able to “badge” our way into heaven or out of hell! There are related links on our website on the left-hand side under Know God (AKA True “Officer Safety”) to help you.  I beg you — repent and believe NOW (“tomorrow,” “later,” “someday” may very well be too late) as there are NO second chances if you die outside of God’s redeeming grace!

1 Response to Have You Totally Surrendered Your Heart and Life to God? – 5 Characteristics of the Unrepentant Sinner from the Story of Pharaoh in Exodus 7-11